Condoms are a critical component to a comprehensive and sustainable STI and HIV prevention strategy. As the only device that both prevents unplanned pregnancy and reduces the risk of STI and HIV transmission, unhindered condom access is crucial for an individual’s sexual and reproductive health.

For people who live on less than two dollars a day, the cost of condoms can be prohibitively high. In the Anosy region of Madagascar, one of the poorest regions in the country, condoms can cost anywhere from 300 to 1000 ariary ($0.08 to $0.30). Condoms can sometimes be found free of charge at local health clinics, but there are often stock-outs. Under President Trump’s Global Gag rule (which prohibits US funding for organisations that provide, counsel on, or provide referrals for abortions), organisations like Marie Stopes International and Population Services International have been forced to severely scale back financial support and programming. In the last two years, condoms have become scarce and more expensive.

Last month, to mark the 25th anniversary of the International Conference on Population and Development (ICPD) and the 50th anniversary of United Nations Population Fund (UNFPA), Madagascar’s President Andry Nirina Rajoelina announced that condoms will no longer be subject to government tax. This is a positive step forward in the effort to eliminate financial barriers to condom usage and is sure to improve contraceptive access for the nation’s most vulnerable. Many hope this is the first step in eliminating taxes for other forms of family planning as well, such as oral contraceptives, the coil, the implant, and the hormonal injection.

Unfortunately making condoms cheaper, or even free, will not solve the problems of STIs and risky sex. Many other factors prevent effective condom usage, including stigma, knowledge, availability, and cultural norms. To truly improve access to condoms and frequency of use, there must also be sexual health education, health systems strengthening, and behaviour change.

In light of recent spikes in STI and HIV infections, condom use is more important than ever. SEED Madagascar’s Project Mitao seeks to improve situational knowledge of HIV and STIs in the hopes of developing a regional response strategy alongside the Ministry of Health. A huge part of that work is researching the availability and acceptability of condom use in Anosy. The Mitao team has been conducting surveys and hosting focus groups and key informant interviews to hear from young people, sex workers, healthcare providers, and influential community members about condoms.

This preliminary investigation has revealed barriers to condom use that will not be fully resolved by the removal of the condom tax. Recently, the Mitao team conducted 120 KAPB (Knowledge, Attitudes, Practices, and Behaviours) surveys with in- and out-of-school youth in the three rural communes of Mahatalaky, St. Luce, and Tsagnoriha. This research has exposed major knowledge gaps that are preventing young people from engaging in safe sex. 70% of the study population has already had sex, but only 27% reported knowing how to use a condom. Sexual health education is critically important for young people to understand how, why, and when to use a condom.

Beyond education, an effective sexual health strategy must address behaviour change, as well. According to the focus groups and interviews, condoms are typically only used in casual sexual encounters but are often not used at all. In fact, suggesting condom use in a long-term relationship can be seen as a sign of infidelity or mistrust. Mitao’s qualitative research has also revealed that rural communities are engaging in high rates of unprotected sex with multiple partners, especially on market days, which draw hundreds of people in from neighbouring villages. High rates of transactional sex also affect safe sex practices, as women are often unable to negotiate condom use when it is financially advantageous to accept unprotected sex. These cultural norms represent non-financial barriers to condom use, and a thorough sexual health strategy must address these challenges, as well.

At the event celebrating the anniversaries of the ICPD and UNFPA, President Rajoelina said, "We will spare no effort to make the dream, the vision of the ICPD in Cairo, a reality for the development and emergence of Madagascar.” Removing the tax on condoms is a wonderful step in the right direction, but we must also address educational, behavioural, and supply chain barriers to ensure their universal and most effective use. 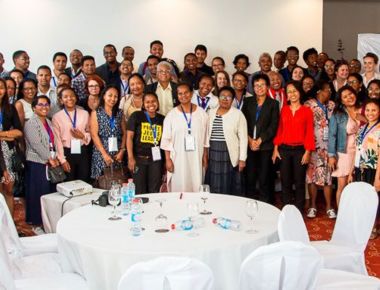