Researching a new species of chameleon

A new chameleon species has potentially been discovered in Madagascar. A recent study by SEED found that a species of Leaf Chameleon, previously thought to be the known species in the area, is in fact a distinct form of ‘Palleon cf. nasus’. Describing this potentially new species has extra significance, as proposed mining activities are set to begin within the next decade and are anticipated to reduce the existing littoral forest in the area by more than 50%.

SEED is now fundraising to support a full study of this potential new species - donate now and help us protect the incredible biodiversity of Madagascar!

The study aims to publish a formal description of the recently discovered Palleon cf nasus. To achieve this, the project has three key objectives:

1. To collect and analyse biometric and ecological data on the Palleon cf. nasus population in Sainte Luce. 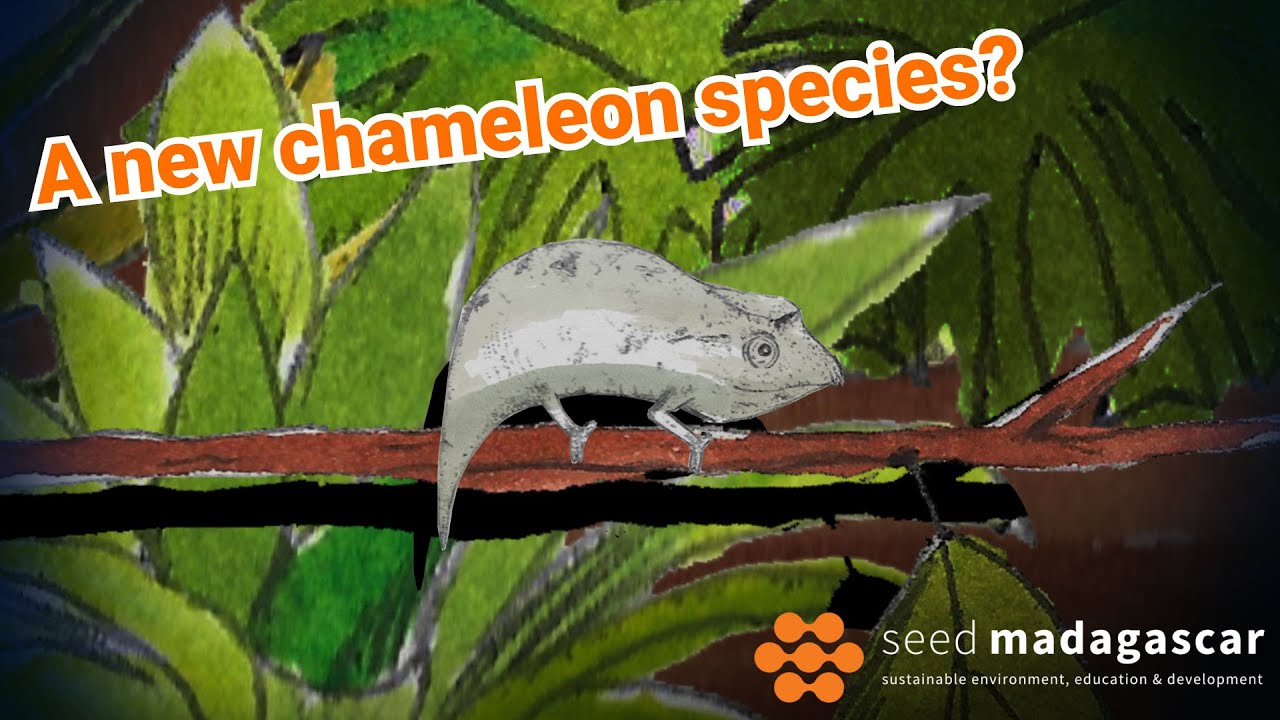 Why is this project so important?

Madagascar is one of the highest global biodiversity conservation priorities, with 83% of the species found on the island being unique. However, nearly 20% of known animal species and 60% of known plant species are already threatened with extinction (IUCN, 2020), and ecosystems are continuing to decline at alarming rates, with 44% decline in forest cover since the 1950s.

Donate online today and support our research into a potential new species!

The littoral forests in the southeast of the country are one of the most threatened ecosystems in Madagascar. Today, almost 70% (approximately 1,500 hectares) of the remaining southern littoral forest habitat can be found in Sainte Luce. While the initial break-up of the littoral forest appears to be historic, the level of fragmentation has been exacerbated by increasing levels of unregulated logging, heavy resource extraction, and slash and burn agriculture. Nearly 80% of the human population live below the international poverty line (World Bank, 2018) and communities in rural Madagascar are often dependent on declining forest resources.

The littoral forests of Sainte Luce, southeast Madagascar, support a single species of pygmy leaf chameleon, the presently undescribed Palleon (formally Brookesia) cf. nasus or the ‘Elongate Leaf Chameleon’. The true species, found in neighbouring regions, is presently listed as Vulnerable by the International Union for the Conservation of Nature (IUCN) Red List, and is considered to be undergoing a population decline in the extent, coverage, and quality of its habitat. However, the most recent assessment was made in 2011 and many of the Red List assessments require updating. The species is recognised as a priority species under the Zoological Society of London’s (ZSL) EDGE programme (Evolutionarily Distinct and Genetically Endangered).

For Objectives One and Two, individuals of Palleon. cf nasus will be recorded in the field. Like other species belonging to the genus, these chameleons are incredibly difficult to observe during the daytime when they are active on the forest floor. However, they are relatively easy to find at night when they roost in the low vegetation, presenting a distinctly pale colouration in torchlight. In order to compile the evidence needed for formal examination and description of the species, we will undertake targeted work to collect important biometric and ecological information.

Individuals will be located during herpetological distance sampling transects. A total of 32 transects will be conducted over three months in four different forest fragments (16 transects during the day, and 16 transects at night). During these transects, individual P. nasus will be searched for, with a target of 100 samples. The necessary biometric and ecological data will be collected during this study for formal species description, such as: snout-vent length, tail length, weight, sex, and a description of tubercles and spines that may characterise the species. Additionally, photographs will be collected for those individuals discovered during the daytime in order to depict the variation of colour patterns exhibited by the species. Furthermore, a host of ecological data will be collected so that some natural history details can be included in the species description. Such data will include roost height, selected roost species and habitat type (leaf litter depth, canopy cover, canopy height). These data will complement and accompany the genetic evidence already collected in 2015.

The project further aims to determine the population density and encounter rate of the species across a range of littoral forest fragments by undertaking a series of herpetological transects. The methods will follow SEED Madagascar’s standardised methods for herpetological surveys. Transects have been established in four forest fragments which will be surveyed once every three months using distance sampling methods. For each individual spotted during a transect walk, the time, GPS, distance from transect, habitat type, location/substrate, height off the ground, canopy cover, and life stage will be recorded. This information will be used to determine habitat requirements and preferences for the species, and to inform on their population density and trends in the area.

To meet the third objective, this project will produce a scientific paper of the findings which will be submitted to an appropriate peer-reviewed journal. This information will support a larger biodiversity study of the study site being conducted by SEED Madagascar. As a result, a conservation action plan will be developed for the area.

Volunteer for 2-10 weeks on the SEED Conservation Research Programme in Sainte Luce, and you could help our team of experienced researchers and local guides to carry out the field research on this new potential new species of leaf chameleon!

Please provide your support to help us protect the incredible biodiversity in Madagascar - every little helps!

Volunteer for 2-10 weeks on SCRP and you could help to carry out research into this new species!

Learn more about SEED's wider conservation research programme in southeast Madagascar, and why it matters